Magdalena Wojtczak received her Ph.D. in Physics in 1996, from Adam Mickiewicz University in Poznan, Poland. While working on her thesis, she received a Cambridge Hospitality Scheme scholarship that allowed her to spend two months working in the Psychoacoustics Lab headed by Professor Brian C. J. Moore at the University of Cambridge. After completing her Ph.D., she received a scholarship from Karolinska Institute and spent a month working in the Department of Psychology at Stockholm University. A few months later, she came to the United States and began her postdoctoral training with Professor Neal F. Viemeister at the University of Minnesota. In 2008, she joined Auditory Perception and Cognition Lab headed by Professor Andrew J. Oxenham.

Currently, the main focus of her research is on dynamic effects in cochlear processing, and more specifically on 1) the effects of traveling-wave delays on the perception of across-channel synchrony; 2) the feedback-based effects of efferent activation on masking. 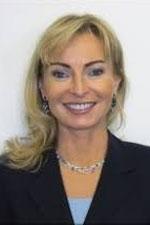